How CBD affects driving though, is more of an open question, going by a press release issued by the FDA in December 2019, aimed at weary holiday travelers. The agency cautioned that drivers should "use caution if planning on operating a motor vehicle after consuming any CBD products." That warning was based on the assertion that CBD can cause drowsiness, sedation, or lethargy, the release states.

The science of drowsy driving

There are, for now, very few studies investigating how CBD may impact driving. However, Thomas Arkwell, a Ph.D. candidate at the University of Sydney, did investigate the relationship between CBD, THC, and driving in a 2019 paper published in the journal Psychopharmacology. He tells Inverse that CBD use is unlikely to impair driving, but scientists are still examining its effects, because "we don’t know for sure."

Myths about CBD and driving

Ambien-users risk of accident doubled compared to people who didn’t use the drug. The authors likened the impairment to having a blood alcohol level of between .06% and .11% percent — close to or over the legal limit to drive. 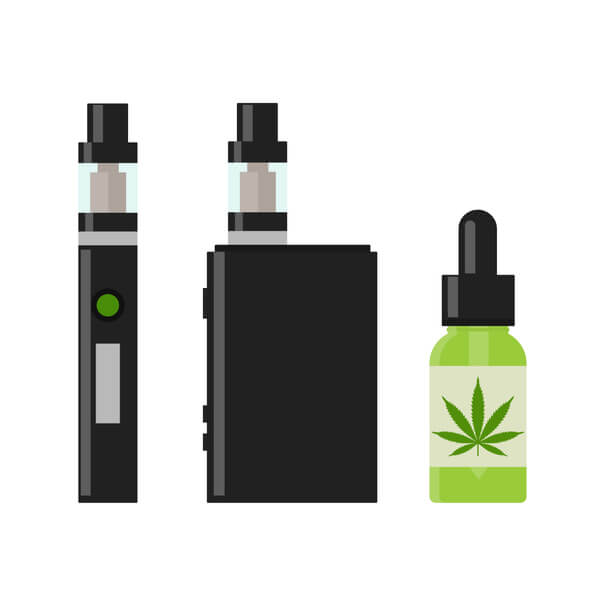 It’s legal to drive while using CBD because of the low THC levels that ensure you are not intoxicated. Instead, your mind is a state of relaxation that doesn’t interfere in any way with your driving skills. You should, however, watch out for the state regulation as some states have zero tolerance to any THC traces found in your body while driving, regardless of the THC concentration levels.

Carry out thorough research about the manufacturer of the CBD oil so as to know the different chemicals contained in the product. Some suppliers will produce CBD oils with 0.3% concentration of THC while others have 0%.

Can you legally drive on CBD oil?

Can you drive after vaping CBD?Yes, you can. CBD oil is made by extracting the active medical component in marijuana; cannabidiol and contains only 0.3% THC. That’s insufficient to impair your judgment while driving. The use of CBD oil has risen with scientists claiming that this product has the ability to boost the immune system of the user among other effects.

Read on to find out more about CBD oil products and the safe way to use them.

CBD oils can also be legally used as a prescription drug for epilepsy as they help the patient to get sufficient rest and reduce the pain they might be going through. This is the only way that CBD oil extracted from marijuana can be used legally in all the 50 states

That doesn’t necessarily mean CBD users are off the hook. Regardless of whether or not you blow within the legal limit, drivers may be subjected to a Drug Recognition Expert (DRE).

Law enforcement is looking at tools for enforcing drug-impaired driving laws, such as the marihuana breathalyzer. This breathalyzer is under a lot of scrutiny by DUI lawyers. The contest its inaccuracies and the difficulty of determining intoxication by THC levels. However, the device doesn’t appear to target CBD users, since it is only testing for THC.

Canada’s legalization of marihuana is still in its infancy. The legal implications are still being worked out and courts are still interpreting the legislation. So many questions still remain. This includes how new drug laws and stricter regulations on driving while under the influence of cannabis will be handled moving forward. One such question is, “Can you be charged with impaired driving while using CBD?”

Cannabidiol (CBD) is a cannabis compound used for a number of purposes, ranging from pain management to reducing anxiety. Unlike Tetrahydrocannabinol (THC), another cannabis compound, CBD does not have a psychedelic effect. Some users argue that this means it is safe to drive with CBD in your system.

Instead, as with the marihuana breathalyzer, these tests more commonly look for THC. This is somewhere an issue can arise. Full-spectrum CBD oil contains some THC, perhaps enough to fail a breathalyzer depending on the device’s calibration. Even if you blow below the legal limit, charges can still be laid if the DRE determines you to be impaired.