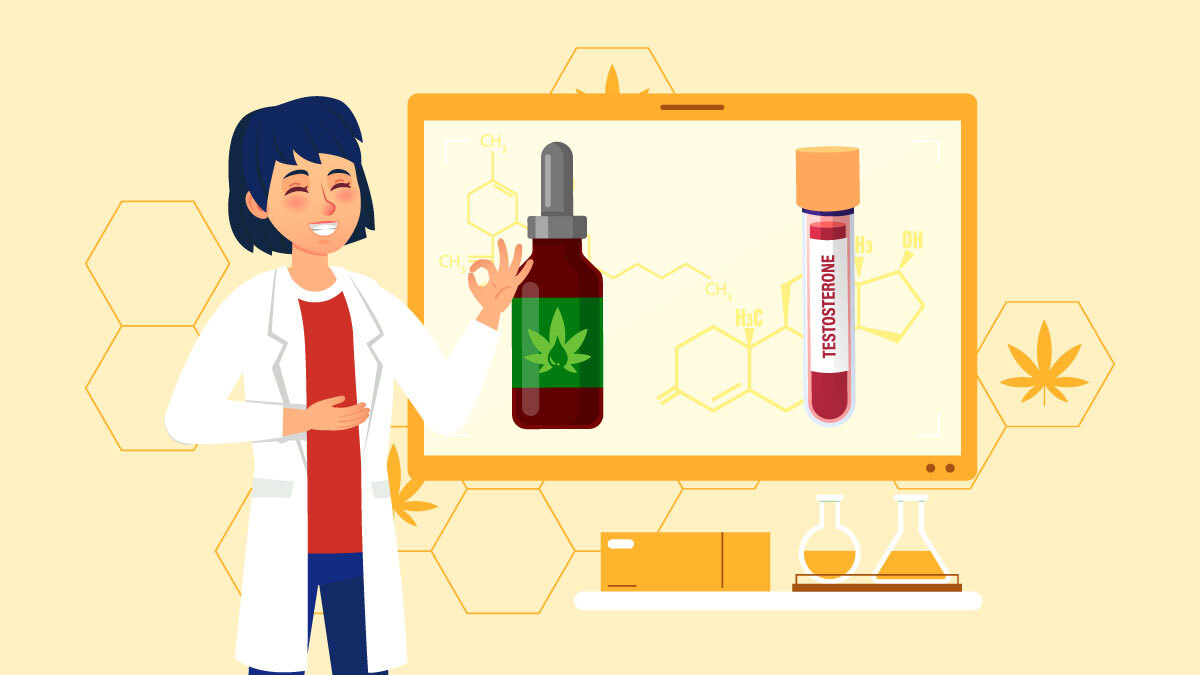 This, in turn, builds a communication network that provides your body with biological feedback.

If you’re not used to cannabinoids such as CBD and THC, you may experience some initial changes in your hormones. However, as your endocannabinoid system gets accustomed to CBD, these hormones will eventually return to their normal levels.

Aromatase blockers are used to lower estrogen levels in cases of post-menopause and breast cancer. CBD can also speed up the breakdown of estrogen by acting on p450 enzymes in the liver. Various water-insoluble cannabinoids as well as SP-111A, the water-soluble derivative of delta 9-tetrahydrocannabinol (delta 9-THC), reduced hCG and dibutyryl-cAMP stimulated testosterone production by rat testicular Leydig cell preparations. With 0.15 microM (0.05 micrograms/ml) 8-beta-OH-delta 9-THC the inhibition was about 50% of stimulated testosterone synthesis. Dose-related inhibitions were apparent with other cannabinoids and their order of potency in inhibiting stimulated steroidogenesis by the interstitial cells in vitro was found to be: 8-beta-OH-delta 9-THC greater than or equal to 11-OH-delta 9-THC greater than CBN = CBD = CBG greater than or equal delta 9-THC = delta 8-THC. The non-stimulated, basal, steroidogenesis was not affected even with 15 microM cannabinoids. The incorporation of L-[U-14C]leucine into the protein of Leydig cells was markedly reduced by 15 microM cannabinoids under both basal and stimulated conditions. The inhibition of steroidogenesis as well as protein synthesis in rat testicular Leydig cell preparations by various cannabinoids cannot be correlated with their psychoactivity. The present data suggest that cannabinoids at very low concentrations may interfere directly in Leydig cells with both protein and testosterone synthesis, and thus with their function.