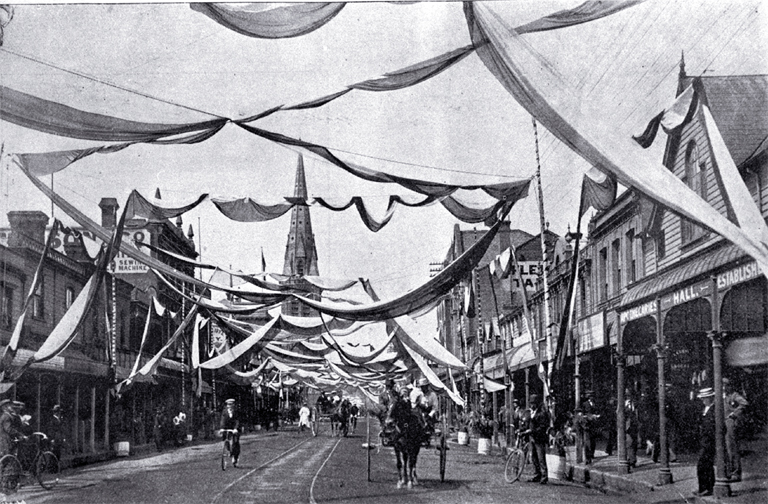 This resource aims to give the origins of Christchurch street and place names.

The same street name appeared more than once in greater Christchurch because there were so many local bodies. With amalgamation, many streets were re-named. Former street names are included in this resource.

Captain James Cook sighted Banks Peninsula on 16 February 1770. He wrongly supposed it to be an island and did not land.

Riccarton House at the present day [1900] William and John Deans and their farm-hands established themselves and commenced farming at Riccarton in 1843.

The original Municipal District had as its boundaries (to describe them by the present names) – on the north, Bealey Avenue; on the south, Moorhouse Avenue; on the east, Fitzgerald Avenue; and on the west Antigua Street, Rolleston Avenue and Park Terrace. The population at the time was 3,205. The land between Antigua Street and Hagley Avenue, north of Moorhouse Avenue, was added in 1863 to make the area of the City 1,249 acres.