“She grew, cultivated by a community, protected by love, demanding that the world witness her suffering so that they might find a solution,” it said.

U.S. health regulators in 2018 approved the first prescription drug made with CBD to treat rare forms of epilepsy in young children. 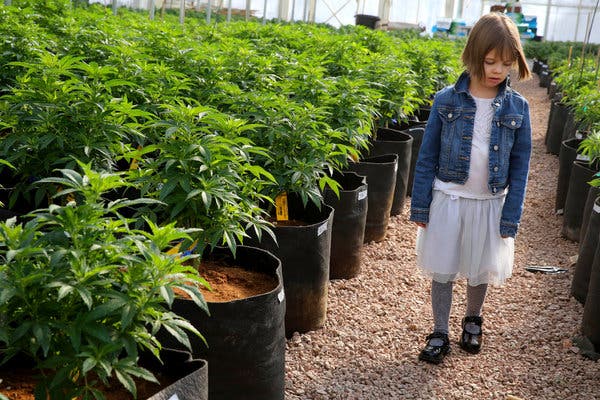 Charlotte became the face of the medicinal CBD movement when she was 5 years old, after it appeared that taking CBD eased the symptoms of her epilepsy.

Her mother said members of the family had been sick with what they believed was Covid-19.

“What began as her story, became the shared story of hundreds of thousands,” Mr. Stanley wrote on the company’s Facebook page. “Her story built communities, her need built hope, and her legacy will continue to build harmony.”

The development of Charlotte’s Web highlights many of the major benefits of CBD and cannabis within the medical community. Charlotte suffered from an epileptic disorder known as Dravet’s Syndrome, for which all other pharmaceutical treatments had been ineffective. Further, the pharmaceutical treatments that are available for Dravet’s all have significant side effects and lethal dosages – perilously dangerous for a small child. Comparatively, CBD has no known lethal dosage. For children in particular, treatment with CBD is both safe and effective.

The Benefits of High CBD Strains

Charlotte’s Web was developed in 2011 by Colorado-based growers, the Stanley Brothers, for a young girl named Charlotte, who suffered from severe and nearly continuous epileptic seizures (300 seizures a week). The Colorado-based growers were able to reduce the THC content of the strain while boosting its CBD, creating a product that has an extremely calming “body high” without any mental side effects. Charlotte’s seizures have been reduced from over a thousand to a handful a month. The strain itself has been additionally noted for having a “web like” appearance, with long, thick trichomes that wrap around its buds.

MCDSA endorses oils high in CBD as we see it as an incredibly effective and safe treatment for many including children. Please note CBD products sold in health shop are nutrient supplement as the packaging correctly states. They do not have enough THC, 0,025% to render the CBD effective, this is referred to as the entourage effect.