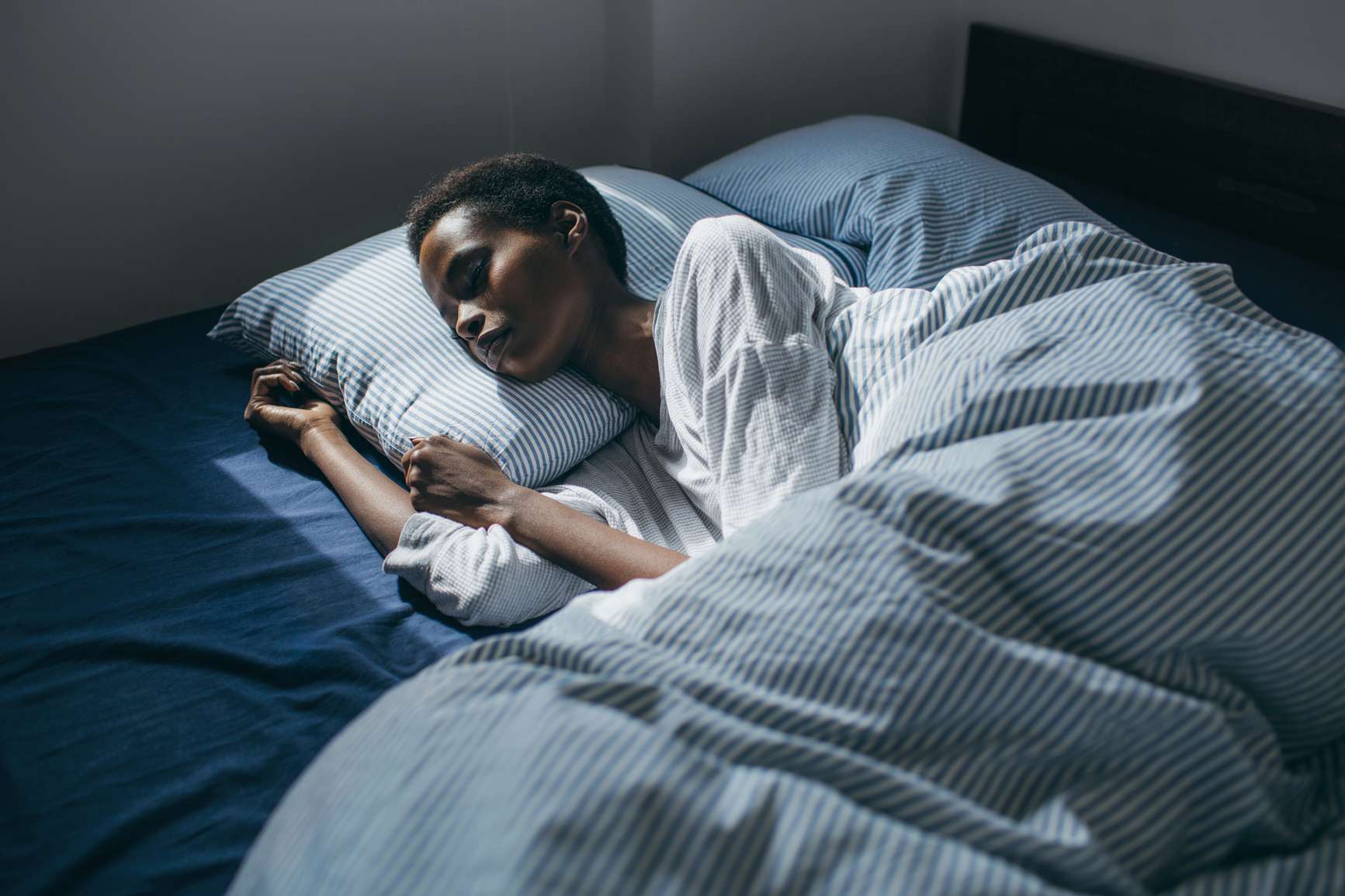 Preliminary research suggests that CBD may have a greater impact on enhancing sleep. THC may decrease the time it takes to fall asleep (sleep latency), but may impair sleep quality over the long term by suppressing slow-wave sleep.

Interestingly, synthetic cannabinoids, including nabilone and dronabinol, may have short-term benefits for sleep apnea due to impacts on serotonin. This potential impact requires further study, and currently there are no medications available for the treatment of the condition. Instead, the condition is most often treated with continuous positive airway pressure (CPAP) therapy or oral appliance use.

There are over 100 types of chemicals called cannabinoids present in marijuana. The receptors for these chemicals are found throughout the central nervous system, affecting the function of the brain. Two cannabinoids are found in the largest amounts: delta-9 tetrahydrocannabinol (THC) and cannabidiol (CBD). These may have differing effects on sleep and mood.

CBD also suppresses REM sleep, which may benefit those who experience the dream-enactment behaviors of REM sleep behavior disorder. Withdrawal from marijuana use may cause a rebound of REM sleep, and this may have important implications in some people. ﻿ ﻿

The Problems Associated With Cannabis Use

Marijuana may have an important role in treating insomnia, pain, anxiety, PTSD, and nightmares—but this remains to be seen. Further research is needed to determine the appropriate role in treatment. As part of this, the optimal chemical composition, concentration, and method of delivery must be determined. Side effects, including the potential for long-term harms, must be delineated so users can make informed decisions. Regulations to ensure quality standards and safety are paramount.

For most who experience traumatic incidents, these fears subside after 6 months or so because of the extinction learning process. New memories of the traumatic trigger form and override the old. Someone with a traumatic experience of explosives being dropped from bridges, may at first feel terrified as they approach any bridge – with traumatic memories flooding their mind. But after months of nothing bad happening around bridges, most will begin to feel bridges are less dangerous, as many memories of driving under bridges safely accumulate. The old memories still linger, but they don’t cause the increase in fear when the trigger (like the bridge) is present. So while most with trauma remember the traumatic incidents, those memories no longer trigger intense fear.

This means that those who took low doses of THC showed measurable signs of reduced fear and anxiety in situations designed to trigger fear. Since these results were found in all three groups, it suggests that even those with PTSD were able to experience less fear with THC in their system.

Sewell theorized that cannabis might be able to jump start this process – allowing those with PTSD to access extinction learning like their healthy counterparts, and curing the PTSD by helping them to move on from their trauma. Unfortunately, he was unable to complete his research before he unexpectedly passed away in 2013.

PTSD patients have been saying for years that cannabis helps with their PTSD. This debilitating condition causes chronic problems like nightmares, panic attacks, hypervigilance, detachment from others, overwhelming emotions, and self-destructive behavior. In some cases, these overwhelming symptoms can even lead to suicide. And while research on the topic has been somewhat inconclusive, many PTSD patients continue to report that cannabis does help.

Those exposed to THC had lowered threat-related amygdala reactivity.

The authors conclude that the current evidence from both healthy humans and PTSD patients suggests that these forms of cannabis “suppress anxiety and aversive memory expression without producing significant adverse effects.”

Army veteran Kevin Grimsinger 42 and other vet’s and supporters from Sensible Colorado submit a . [+] petition to add PTSD to the list of conditions approved for the use of medical marijuana to Mark Salley the communications director for the Colorado Department of Public Health and Environment Wednesday July 7th, 2010. Joe Amon, The Denver Post (Photo By Joe Amon/The Denver Post via Getty Images)

"CBD was given on an open-label, flexible dosing regimen to patients diagnosed with PTSD by a mental health professional."

A recent study to determine whether CBD helps improve sleep and/or anxiety was conducted at the University of Colorado's Department of Psychiatry in Denver. Within the first month 57 patients out of 72 noticed decreased anxiety after taking CBD and sleep quality improved with the same time period for 48 of the subjects.

People who suffer from harrowing nightmares and a fear of things that go bump in the night are turning to cannabis oil as an alternative treatment.
A new study claims it could help prevent traumatic dreams, especially for those who suffer some form of Post Traumatic Stress Disorder (PTSD).

"We have lots of customers who say they take CBD Armour to get a better night's sleep and generally feel more relaxed when they do. "If CBD oil can contribute to staving off PTSD and nightmares then here's to a better nights sleep all round. “And other studies have shown how cannabidiol can improve symptoms of anxiety while also promoting better sleep.”

Post-traumatic stress disorder is an anxiety disorder caused by a distressing, frightening or extremely stressful event. According to the NHS website, someone with PTSD often relives the traumatic event through nightmares and flashbacks.

"CBD was generally well tolerated and no patients discontinued treatment due to side effects. "Administration of oral CBD in addition to routine psychiatric care was associated with PTSD symptom reduction.