This trial is being extended into phase 2 (known as ARISTOCRAT) to explore if this treatment is effective and which patients are most likely to respond to this treatment. If the trial is , it is set to launch at 15 NHS hospitals in 2022, with over 230 patients to be recruited. To find out more about this work, you can listen to our podcast – That Cancer Conversation – where we hear from Professor Susan Short, one of the researchers leading this study.

Despite what these sources may claim, it’s impossible to tell whether these patients have been ‘cured’ by cannabis or not. There is usually no information about their medical diagnosis, stage of disease, what other cancer treatments they had, or the chemical make-up of their treatment. These sources also only publish the “success stories”, and don’t share how many people who used cannabis or its derivatives had no benefit, or worse, were potentially harmed.

Our funding committees have previously received other applications from researchers who want to investigate cannabinoids but these failed to reach our high standards for funding. If we receive future proposals that meet these stringent requirements, then there is no reason that they wouldn’t be funded, assuming we have the money available.

“Big Pharma can’t patent it so they’re not interested.”

As a research-based organisation, we want to see reliable scientific evidence to support claims made about any cancer treatment, be it conventional or alternative. This is vital because lives are at stake. Some people may think that a cancer patient has nothing to lose by trying an alternative treatment, but there are big risks.

Cancer Research UK does not have an organisational policy on the legal status of cannabis, its use or abuse as a recreational drug, or its medical use in any other diseases. But we are supportive of properly conducted scientific research into cannabis and its derivatives that could benefit cancer patients and we will continue to monitor developments in the fields and evidence as it emerges.

These questions must be answered for cannabinoids to be used as safe and effective treatments for cancer patients. It’s the same situation for the many hundreds of other potential cancer drugs being developed and tested in university, charity and industry labs all over the world.

It’s true that there are issues around drug pricing and availability and we’re pushing for companies to make new treatments available at a fair price. We would hope that if cannabinoids were to be shown to be safe and effective enough to make it to the clinic, they would be made available at a fair price for all patients who might benefit from them.

We know that cancer drugs don’t work for everyone all the time – that’s why there’s so much effort going on to find more effective treatments – but it’s vital that doctors have a solid body of evidence showing how well the treatments they’re using are likely to work. If you or someone you loved were going to take any kind of drug, would you be happy if it had only been tested in very high doses on cancer cell lines grown in the lab, or in mice injected with cancer cells? Or would you want to know that it had been trialled in large numbers of people, and there was good data on how effective it is, whether it’s safe in the dose given, what the side effects are, and the proportion of people that can be expected to get better? 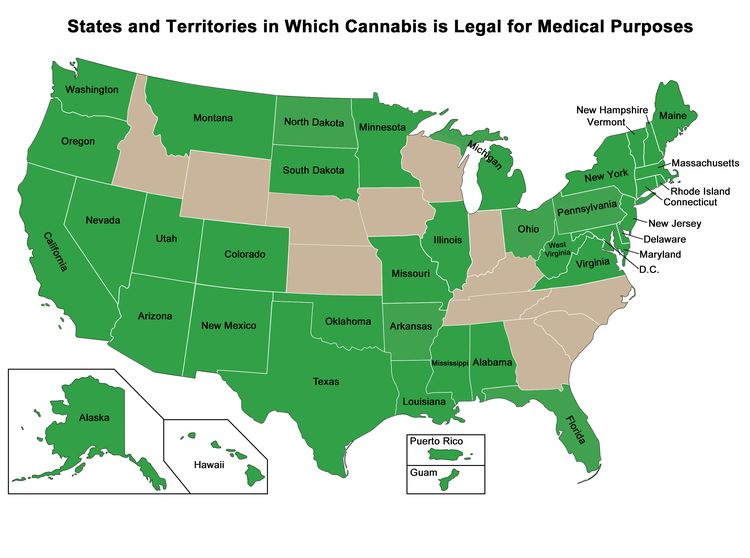 Epidemiologic studies examining one association of Cannabis use with head and neck squamous cell carcinomas have also been inconsistent in their findings. A pooled analysis of nine case-control studies from the U.S./Latin American International Head and Neck Cancer Epidemiology (INHANCE) Consortium included information from 1,921 oropharyngeal cases, 356 tongue cases, and 7,639 controls. Compared with those who never smoked Cannabis, Cannabis smokers had an elevated risk of oropharyngeal cancers and a reduced risk of tongue cancer. These study results both reflect the inconsistent effects of cannabinoids on cancer incidence noted in previous studies and suggest that more work needs to be done to understand the potential role of human papillomavirus infection.[13] A systematic review and meta-analysis of nine case-control studies involving 13,931 participants also concluded that there was insufficient evidence to support or refute a positive or negative association between Cannabis smoking and the incidence of head and neck cancers.[14]

Three trials have evaluated the efficacy of inhaled Cannabis in chemotherapy-induced N/V.[43-46] In two of the studies, inhaled Cannabis was made available only after dronabinol failure. In the first trial, no antiemetic effect was achieved with marijuana in patients receiving cyclophosphamide or doxorubicin,[43] but in the second trial, a statistically significant superior antiemetic effect of inhaled Cannabis versus placebo was found among patients receiving high-dose methotrexate.[44] The third trial was a randomized, double-blind, placebo-controlled, crossover trial involving 20 adults in which both inhaled marijuana and oral THC were evaluated. One-quarter of the patients reported a favorable antiemetic response to the cannabinoid therapies. This latter study was reported in abstract form in 1984. A full report, detailing the methods and outcomes apparently has not been published, which limits a thorough interpretation of the significance of these findings.[45]

Newer antiemetics (e.g., 5-HT3 receptor antagonists) have not been directly compared with Cannabis or cannabinoids in cancer patients. However, the Cannabis-extract oromucosal spray, nabiximols, formulated with 1:1 THC:CBD was shown in a small pilot randomized, placebo-controlled, double-blinded clinical trial in Spain to treat chemotherapy-related N/V.[47][Level of evidence: 1iC]

Cannabinoids are known to interact with the hepatic cytochrome P450 enzyme system.[3,4] In one study, 24 cancer patients were treated with intravenous irinotecan (600 mg, n = 12) or docetaxel (180 mg, n = 12), followed 3 weeks later by the same drugs concomitant with medicinal Cannabis taken in the form of an herbal tea for 15 consecutive days, starting 12 days before the second treatment.[4] The administration of Cannabis did not significantly influence exposure to and clearance of irinotecan or docetaxel, although the herbal tea route of administration may not reproduce the effects of inhalation or oral ingestion of fat-soluble cannabinoids.

Animal studies have suggested a synergistic analgesic effect when cannabinoids are combined with opioids. The results from one pharmacokinetic interaction study have been reported. In this study, 21 patients with chronic pain were administered vaporized Cannabis along with sustained-release morphine or oxycodone for 5 days.[65] The patients who received vaporized Cannabis and sustained-release morphine had a statistically significant decrease in their mean pain score over the 5-day period; those who received vaporized Cannabis and oxycodone did not. These findings should be verified by further studies before recommendations favoring such an approach are warranted in general clinical practice.