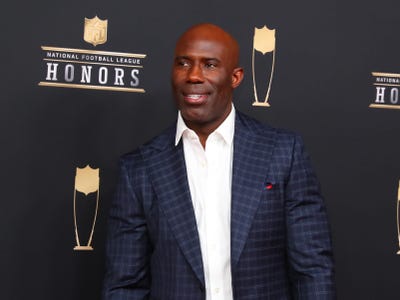 In 2017, more than 1,500 former players filed a class-action lawsuit accusing the league and its teams of repeatedly administering painkillers like Toradol before and during games without disclosing long-term risks and side effects. Moreover, Toradol was allegedly not even the only painkiller being pushed on players.

Davis, who won two Super Bowls with the Denver Broncos from 1995-2001, was skeptical of CBD and other cannabis-based products at first. But that changed when he realized what it offered him as a former athlete dealing with pain from his playing days.

Toradol, in particular, comes with a high risk of internal bleeding and kidney problems — including kidney failure — when used for an extended period, which is what many NFL players do.

But now, as the NFL explores the therapeutic benefits cannabis and related substances have to offer, Davis wants to be at the forefront of providing high-quality options for players.

After trying it for himself, Davis realized what it could do for his other peers in the NFL and professional sports as a whole, which motivated him to start his own brand.

Previously, the league would punish players harshly if they tested positive for marijuana or similar substances like CBD. The use of the products was also a major cultural taboo among NFL players, including Davis.

“I know there’s a lot of players out there, a lot of people who are suffering from the same thing I was suffering from, and now I have a chance to tell them about it,” Davis said. “But the problem was there was no brand that I could show them and say, ‘hey man, this is what you should use.’ So that’s when the idea formed in my hand that was gold standard, did everything the right way, backed by science, and really was something that we could see in NFL lockers.”

“We’re closely monitoring that, and we’re probably going to submit our application as well for that,” Davis said. “Our job is to try to be as impactful on the National Football League, or pro sports, and then society as a whole. To take away those stereotypes, to take away that stigma of CBD.”

“When I left the game, physically, I was struggling, constant pain, inflammation. I was taking quite a few pain pills, I was taking daily anti-inflammatories, so I was just kind of looking for something better, a better alternative,” Davis told Insider. “It worked on me almost immediately. In days, if not almost immediately, I started to notice the effects of it. I was really impressed with what I was seeing.”

The citrus nature also provides a better chance for Peels to enter brick-and-mortar retailers’ food and dietary supplements aisles in the future due to fewer regulatory hurdles than traditional CBD, and the company plans to launch a CBD immunity shot over the next month with several other product formats being developed in its short-term pipeline.

“Rather than using arable farmland or millions of gallons of water and toxic pesticides required to grow hemp, we found that we could use a byproduct of the citrus industry that was unused in the processing of citrus into food and beverage products. Our product is contributing to the circular economy of citrus production, and is significantly more sustainable than hemp-derived CBD.”

Using orange peels to produce CBD also has a more positive environmental impact especially around sustainability, according to Hetherington. He said: “Orange peels are one of the most commercially available resources because they are often discarded as waste.

“This will also give us a much greater opportunity to listen to our consumers, inspire two-way dialog for a high-engagement experience and foster an avenue to educate consumers on our products and science through our website and various marketing and communication channels.”

“Peels removes any concerns about failing a drug test. Our mission is to provide the safest, purest, most effective CBD products on the market and to make them a staple in consumers’ daily wellness ritual,” said Hetherington.

Former NFL player Chris Hetherington has officially introduced the first orange-derived CBD oil, Peels, that promises a more consistent, pure, and stable texture, as well as zero trace of THC compared to regular CBD products extracted from hemp plants to the U.S. through its direct-to-consumer website.