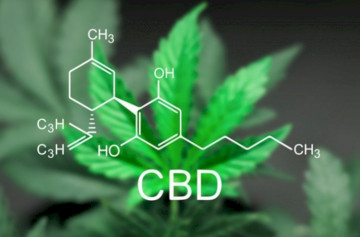 However, there are a number of studies that theorize that while CBD does inhibit metabolizing enzymes, it is not significant and the blood concentrations needed to affect these metabolizing enzymes in humans far exceeds what is possible with usual dosing.

There is no known interaction between CBD (cannabidiol) and Benadryl.

Below, we discuss CBD, Benadryl and a potential interaction in more detail.

Benadryl (diphenhydramine) is a first generation antihistamine, which are noted for their relatively short duration of action (

Due to how Benadryl is metabolized, the concentrations of the drug could potentially be increased when taken with CBD.

Many studies use doses in the range of 100mg to 600mg, well above what would be consumed by the average individual. It is possible the more commonly used low doses of CBD don’t have significant effects on metabolizing enzymes.

As Benadryl has fairly significant sedating effects, it is often used as a night time sleep aide and is a common component of over the counter sleep products such as ZzzQuil.

Benadryl (diphenhydramine) is known to be metabolized mainly by CYP2D6 but is also metabolized, to a lesser extent, by CYP1A2, CYP2C9, and CYP2C19.

4 to 8 hours) and their sedating properties.