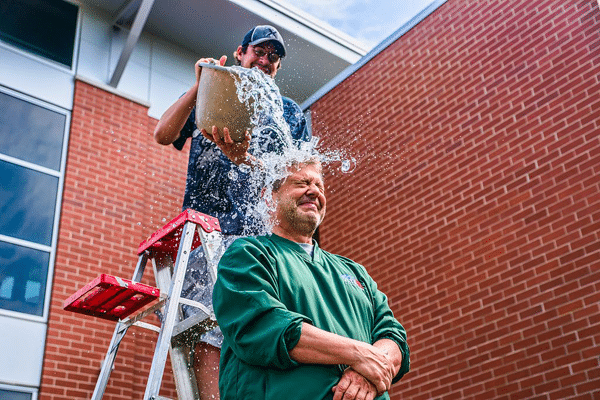 CBD or cannabidiol has been known to ease severe pains and can bring some relief to the symptoms of ALS:

A study undertaken at the Complutense University in Madrid showed the effects of CBD in mice with ALS. The mice were administered small doses of CBD and the effects were monitored for a short period of time. They found that due to the CBD the progression of the disease in fact slowed down, extending the life expectancy of the mice by 6 days on average. This time frame was translated into three years for humans.

Despite this breakthrough there are still millions of people around the world that are suffering from this disease. The main symptoms of ALS include:

Many people around the world were unaware of what ALS was until 2015. A Facebook campaign called the ‘ice bucket challenge’ was recently launched to raise awareness of the disease. People all over the world including celebrities were having buckets of ice cold water thrown over them, to symbolise the feeling of the dying nerve endings that ALS sufferers have to endure on a daily basis. The campaign quickly became viral and has been one of the most successful in Facebook history, raising more than 100 million dollars and leading to the discovery of some ground breaking research.

Amyotrophic Lateral Sclerosis, more commonly known as ALS or motor neurone disease, is a neurodegenerative disease that causes the depletion of the motor neurons in the body, i.e the neurons that are responsible for muscle movement. Although the average life expectancy is around 2-5 years after the initial diagnosis, (this is not the case for everyone look at Steven Hawkins for example!), several studies have shown that CBD can help to relieve some symptoms of ALS.

Did you like the post? Give us some feedback! This post has been done based on existent research to the date of publication of the article. Due to the increase in studies based on medical cannabis, the information provided can vary over time and we’ll keep informing in further writings.